We started the day early so we could get to the Wailua River by 7am, where we rented kayaks and rowed up the river. It took about an hour to get to the trail head, and along the way we saw fish jumping and various species of birds flying above. (No saltwater alligators or fresh water sharks though.)

From the trail head, we hiked about 40 minutes to Secret Falls. So beautiful. We swam underneath the falls and pretty much had the place to ourselves between guided tour groups’ arrivals. (Video to come) After hiking back down, we rowed back down the river to return the kayaks. At this point it was still only noon, and we had more than half a day ahead of us.

We drove up to Kilauea and ate at the Kilauea Fish Market, which Ben’s brother and sister-in-law had read about in the New York Times. The food was delicious, but hardly inexpensive. It truly is just a fish market–no bathrooms and bring your own beer/wine to eat at a picnic table outside. After lunch, we stopped at a bakery for some coffee after our early morning and were persuaded to try a local cleansing and health remedy: Super Sonic Noni Tonic, which smells horrible from the noni fruit and gets its kick from Hawaiian chili peppers.

In the bakery we saw drawings from the local elementary school’s drawing contest of the Kilauea Lighthouse and decided to check it out before we left town. It’s located in a wildlife preserve where admission is $5 per person, but thanks to Matthew’s annual national parks pass (free for active duty military), we got in free. The lighthouse was just re-dedicated a few weeks ago in its centennial year to the late Senator Inouye, and from its home upon the cliff you can see down on some of the beautiful northern coastline. 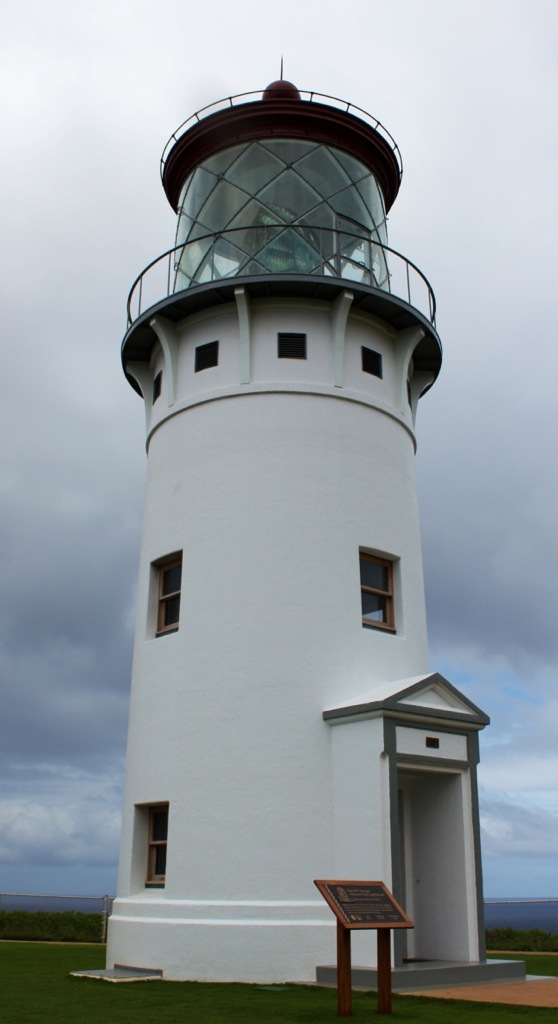 We left the preserve and drove along the coast to Hanalei Bay, where we jumped off the pier, not realizing that pier-jumping was specifically prohibited. We assumed that the throngs of people already doing so were an indication that it was allowed. There really seemed to be no other purpose for it to be where it was.

We continued our trek to the very end of the road, just before the Na Pali Coast’s northern boundary (The Na Pali Coast is the reason you can’t drive all the way around the island–there are no roads through the preserve, because the terrain simply won’t allow it. Tomorrow we will check it out from the water.). It was still a little cloudy and raining intermittently, which worked in our favor by driving the beach-goers away. The rain stopped just in time for us to see this glorious sunset at Ke’e Beach:

After sunset, we began the long drive back around the island to Poipu Beach, had a few pupus at the house and crashed hard.